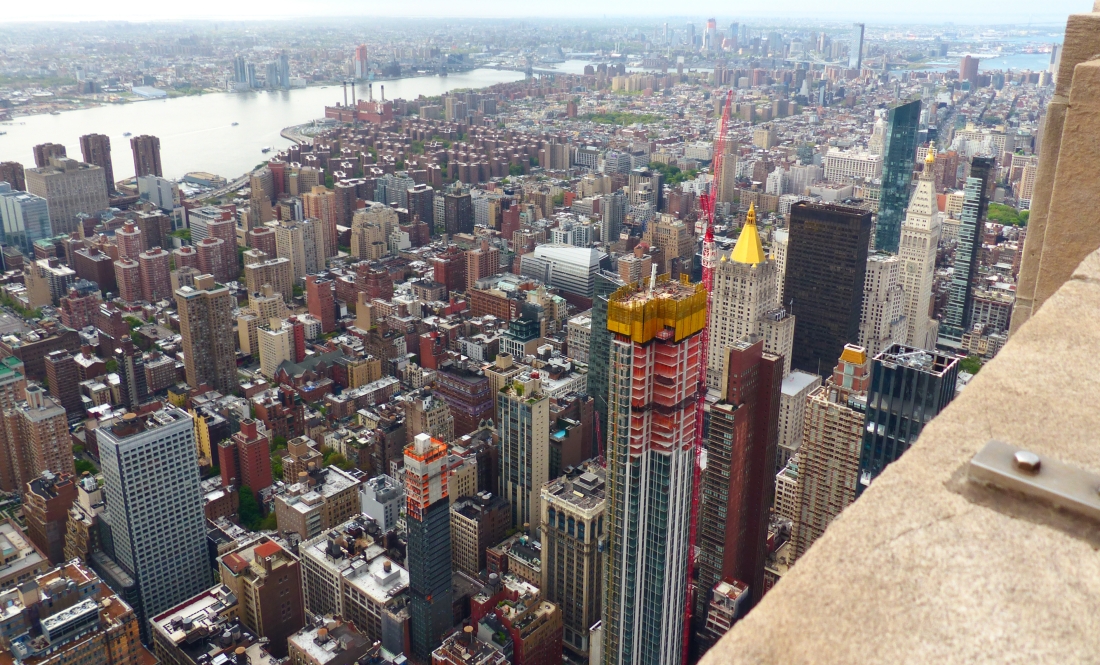 As more skyscrapers rise, the rest of Manhattan doesn’t look so far below anymore, from the observation deck of the Empire State Building.

FROM 35,000 FEET OVER MONTANA – We island-dwelling hermits re-earned our merit badges as urban navigators this morning, departing on foot from our hotel on New York’s Upper West Side at 5:30, when the only other people on the Broadway sidewalks were a few guys washing down shopfronts with garden hoses and one early-rising hot-dog vendor just starting to get his relish, mustard and ketchup organized for the day.

From 79th Street, we made our way south on the No. 1 subway to Penn Station, then caught the commuter train to Newark Liberty International Airport, transferred to the airport tram, and sat down to wait at our Alaska Airlines gate by 7:30 a.m., each with a cup in hand of the hot, brown, taste-free liquid that masquerades as coffee in New Jersey. A whole hour to spare before boarding our flight home to Seattle, and we didn’t have to ask directions once.

We’d seen a lot the previous day, on our final full day in the big city. Best choice we made: Going to the top of the Empire State Building (Barbara’s first time) at 9 in the morning, just as the sun was burning away morning clouds. No lines for the elevator at that hour. And the golden morning light was still good for photos. Barbara and Lillian got a kick out of looking down at rooftop gardens on buildings all around us. I got a kick out of checking my watch to see how quickly the elevator rocketed upward (79 stories in less than an ear-popping minute). 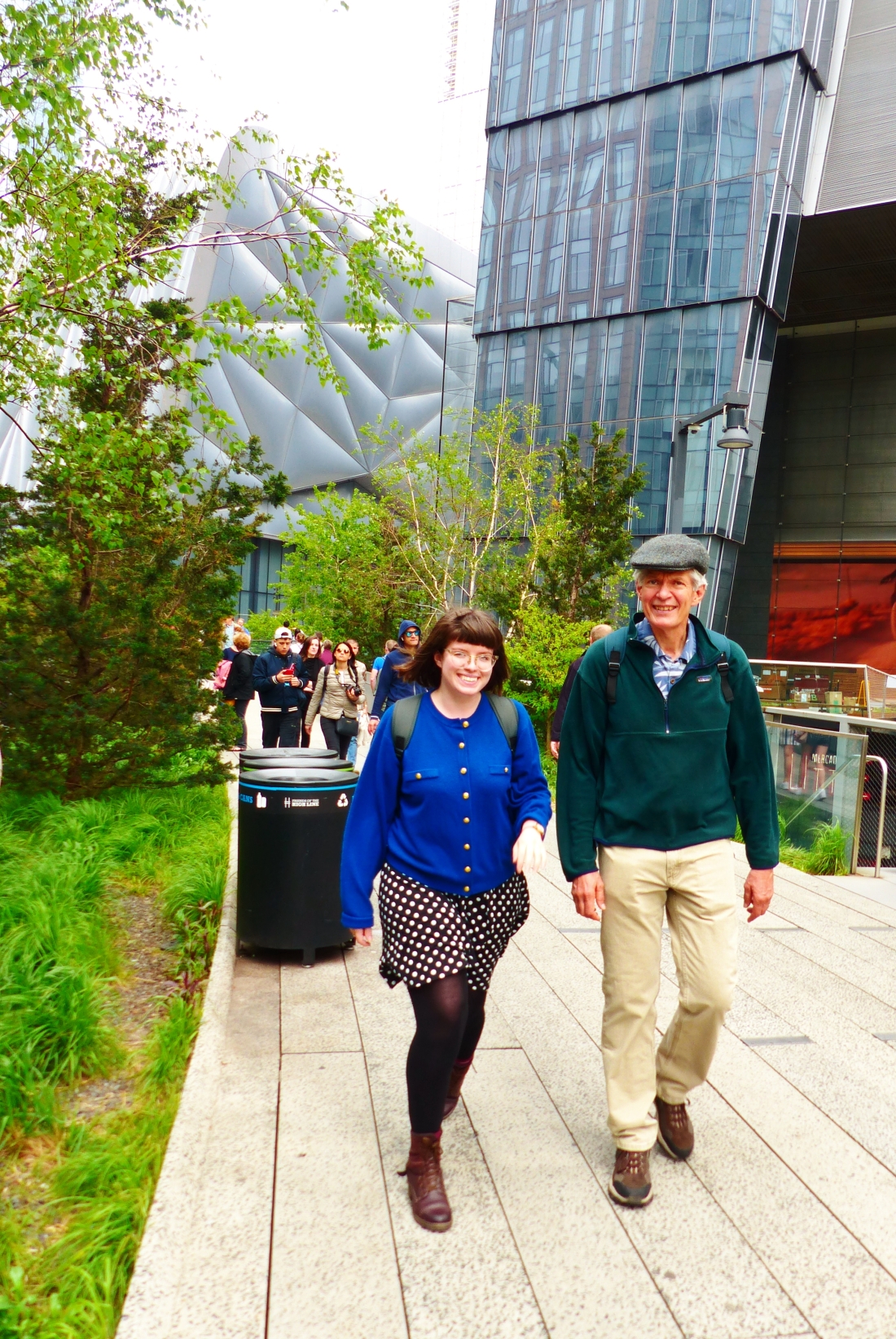 Lillian and I explore the High Line, a former above-the-street rail line preserved with lovely plantings and outdoor art, near the Hudson River shore west of the Empire State Building.

The next adventure on the agenda Lil had set out for us was a trek on the High Line, the former elevated rail line – now an above-the-streets walking path — that has become a major hit with residents and visitors alike. The 22-block walk retains many of the old train tracks and ties, lined with public art and lovely plantings of forget-me-nots, hellebores and more. We found a private bench among leafy trees and picnicked on salads and olives from Zabar’s deli, with blooming trilliums at our feet. Delightful, and unexpected.

Late that afternoon, we finished our day with a tour of the T-Rex special exhibit at the American Museum of Natural History on the edge of Central Park. It was one of the better interactive exhibitions I’ve seen about the king of lizards. Lil and I had fun playing with a sound mixer that let us experiment with what the dinosaur’s roar might have sounded like (we blended bits of sea lion, some bison bellows, crocodile grunts, and even some loon laughs — the dinos were related to birds, after all). We also got a kick out of a virtual-reality set-up that had us donning goggles and manipulating handsets to help “assemble” a T-Rex skeleton, which then came to life before our goggled eyes and gave us a few good thrills and chills. (I had to duck when it tried to bite my head off.)

Twenty-seven-year-old Lillian measures up to a four-year-old T-Rex at the American Museum of Natural History.

After a delicious dinner of gourmet tacos at Cafe Frida, Barbara chose to put her feet up back at the hotel while Lil and I strolled through blooming gardens of bleeding heart and fragrant azalea among the rocky landscapes of Manhattan’s Riverside Park. As we watched the sun set over the Hudson, where sailboats bobbed at moorings, it was a happy conclusion to an urban adventure on an island very different from our own.

4 thoughts on “If we can make it there, we’ll make it anywhere”