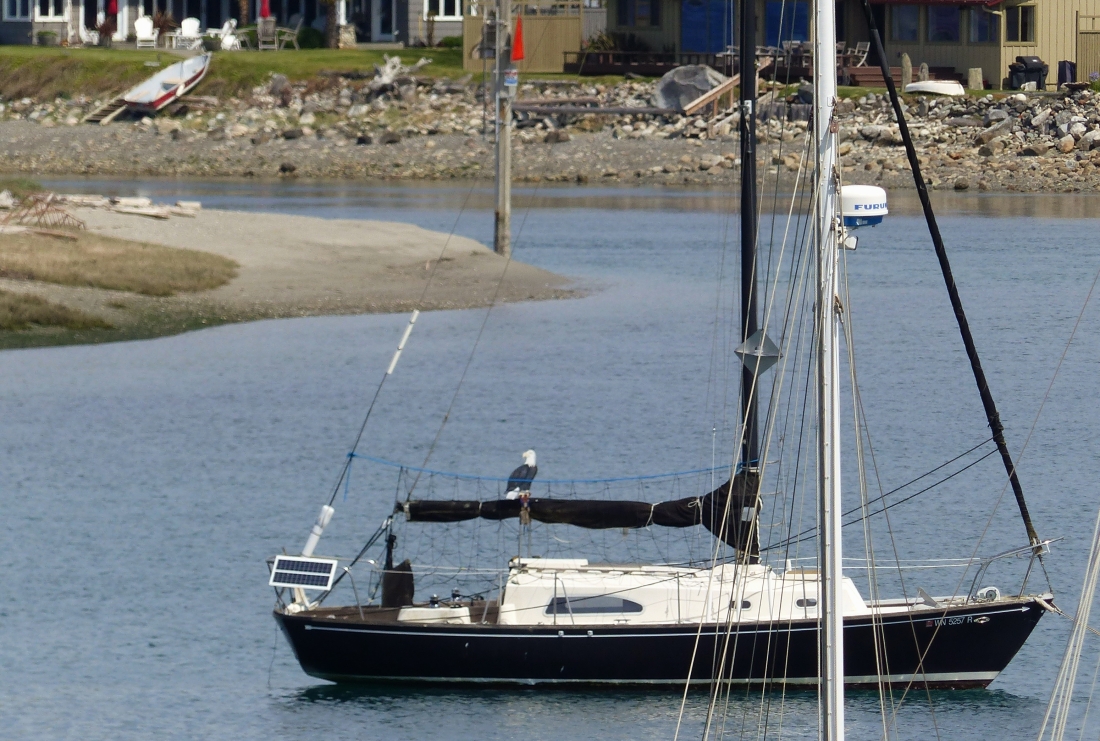 You’ll be surprised at the number of bald eagles perched on boats moored in Lopez Island’s Fisherman Bay, in the San Juans.

BIRD POOP CAN BE A PLAGUE for boats that sit on a mooring ball for months at a time. Sea birds enjoy a good resting spot with a nice view, and their toilet habits often leave a lot to be desired. Sailboat booms and canvas are particularly prone to collecting what you might call guano graffiti.

How to control it? Some boaters use those multi-fingered bird-repelling spikes to turn their vessels into floating porcupines. (Too angry.) Others mount long-armed, wind-driven whirligigs atop their cabins, or hang old CDs to twirl in the wind. (OK, if you like the tech angle. Ineffective on calm days.) At most chandleries, you can buy plastic owls that are supposed to scare away other birds. (I’ve seen gulls perch atop them.)

On Lopez Island’s Fisherman Bay, a few bald eagles seem to do the trick.

After looking out during visits to our favorite picnic bench near the bay’s entry spit, I soon realized the eagles perched on the boats in the bay were very quiet and well-behaved. Probably because they are carved and painted.